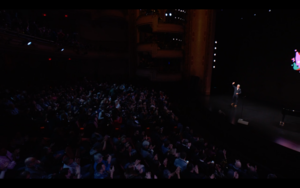 Live from Apple's 2018 Mac and iPad event in Brooklyn Oct 30, 2018 Join us as we join Apple in Brooklyn, NY on Tuesday morning for the introduction of FaceID-enabled iPads, new Mac desktop systems, and possibly a new edition to the the company's ultra-lightweight MacBook family that's expected to sport at least a 13" display in replacing the legacy 13" MacBook Air
Follow Apple's new iPhone XS and Apple Watch 4 announcements in real time Sep 12, 2018 Unable to watch the live video stream from Apple's Gather Round event this morning? We're transcribing the event in real time.
WWDC 2018 - iOS 12, macOS 10.14, watchOS 5 and tvOS 12 and more Jun 4, 2018 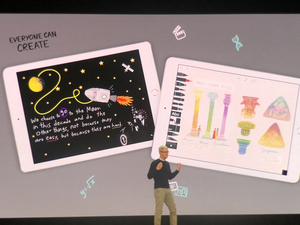 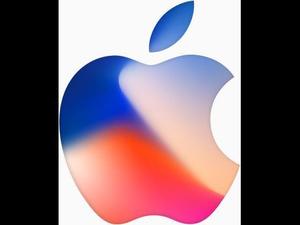 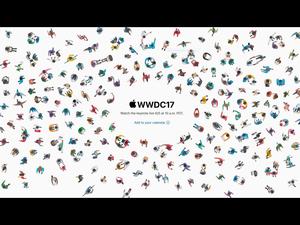 Live from Apple's WWDC 2017 Jun 5, 2017 Join us as we join Apple in San Jose for the opening keynote of the company's annual developers conference. 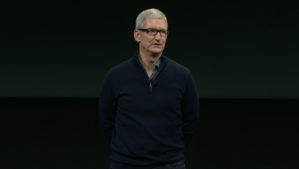 Live from Apple's 2016 MacBook Pro Introduction Oct 27, 2016 - 10:45 AM EDT Join us as we join Apple in Cupertino for the highly anticipated launch of the company's next-generation 13- and 15-inch MacBook Pros, which are expected to feature a dynamic OLED touch bar, Touch ID sensor, and redesigned enclosure akin to the 12" MacBook. 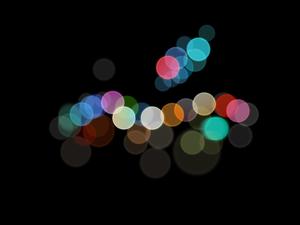 Live from Apple’s ‘iPhone 7' event in San Francisco Sep 7, 2016 - 12:29 PM EDT Join us as we join Apple at the Bill Graham Civic Auditorium in San Francisco on Wednesday, Sept. 7th at 10:00am PT (1:00pm ET) for the launch of the iPhone 7, Apple Watch 2, and quite perhaps the company's first wireless headphones. 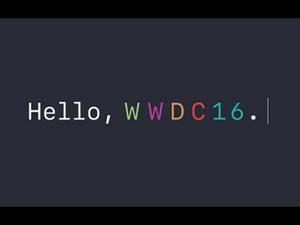 Live from Apple's 2016 Worldwide Developers Conference in San Francisco Jun 13, 2016 - 11:27 AM EDT Join us as we join Apple in San Francisco for the opening keynote of the company's annual developers conference, widely expected to usher in a new era of mobile and notebook computing with the respective announcements of iOS 10 and a re-branded "macOS." 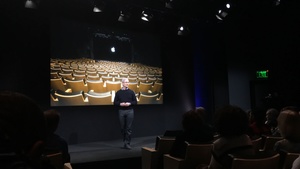 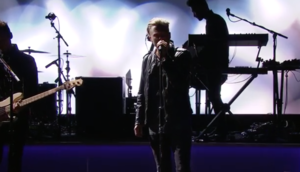 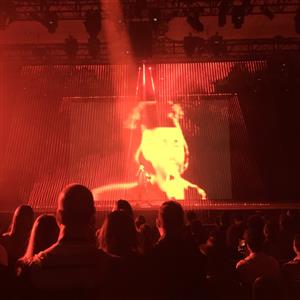 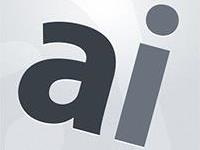 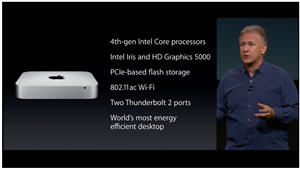 Live from Apple's "It's been way too long" iPad & Retina iMac event Oct 16, 2014 - 12:30 PM EDT Join us as we join Apple in Cupertino this Thursday, October 16th, for the anticipated launch of the iPad 2, iPad mini 3 with Retina display, Mac OS X "Yosemite" & ApplePay 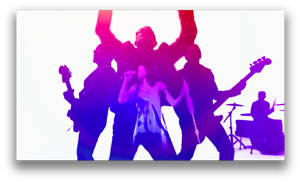 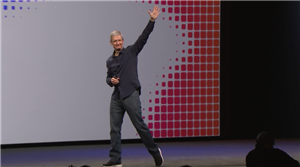 Live from Apple's Worldwide Developer Conference 2014 Jun 2, 2014 - 11:57 AM EDT Join AppleInsider as we join Apple in San Francisco for a first look at the company's new iOS 8 operating system for iPhone and iPad. 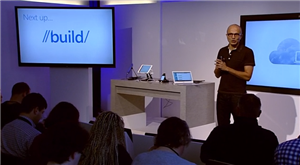 Live from the Microsoft (Office for iPad) cloud event Mar 27, 2014 - 12:15 PM EDT Join us as we join Microsoft and its new CEO Satya Nadella for a special cloud presentation that will finally see the company introduce Microsoft Office for the iPad.
Live from Apple's 2013 iPad media event in San Fran Oct 22, 2013 - 12:18 PM EDT Join us at AppleInsider as we join Apple live in San Francisco for the company's late-2013 product introductions, which are widely expected to include new 13- and 15-inch Retina MacBook Pros, a new thinner 9.7-inch Retina iPad 5, the first Retina iPad mini, and a formal availability date for the completely redesigned Mac Pro.
Live blog from Cupertino: Apple's iPhone 5S & iPhone 5C unveiling Sep 10, 2013 AppleInsider is live on site at Apple's headquarters in Cupertino for the company's 2013 iPhone introductions.
Live from Apple's WWDC 2013 Jun 10, 2013 - 11:50 AM EDT Get all the dirt on Apple's latest advancements live from the Worldwide Developers Conference in San Francisco.
Live from Apple's iPad mini launch event Oct 23, 2012 - 12:54 PM EDT
Live from Apple's WWDC 2012 Opening Keynote Address Jun 11, 2012 AppleInsider will be providing live coverage of Apple chief executive Tim Cook's opening keynote Monday afternoon beginning at 10:00 a.m. Pacific, 1:00 p.m Eastern.
Live from D10 with Apple CEO Tim Cook May 29, 2012 - 8:48 PM EDT This event is not yet live. Please return at 9:00p.m. Eastern for live coverage of Tim Cook's interview with Walt and Kara at the 10th annual All Things Digital Conference.
Live from Apple's iPad 3 Media Event Mar 7, 2012 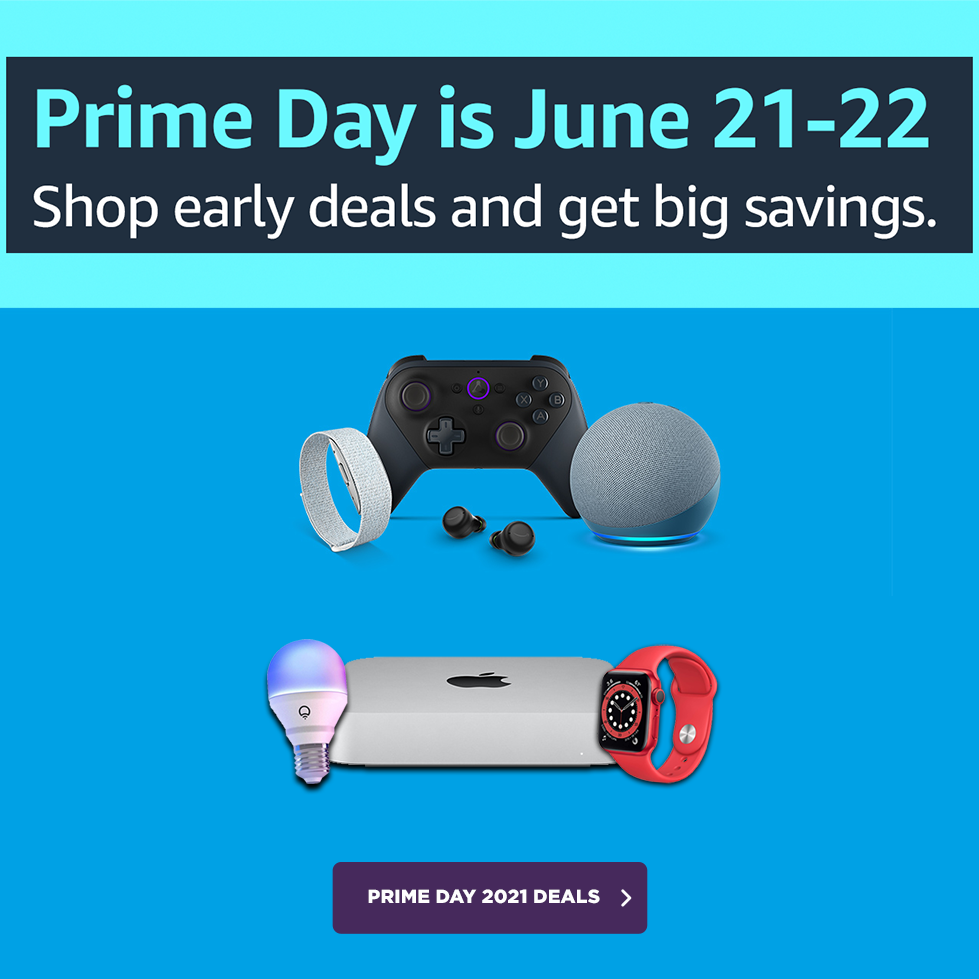 M1 iPads are on sale now 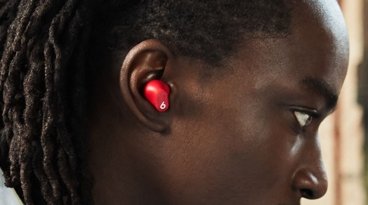 With the launch of the Beats Studio Buds, Apple now has a total of four wireless earbuds it sells to consumers. Here's how the newcomers face against AirPods, AirPods Pro, and Beats Powerbeats Pro. 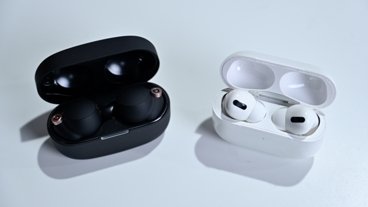 Sony launched the WF-1000XM4 wireless earbuds in June, its noise-cancelling rival to the Apple AirPods Pro. Here's how Sony's latest stacks up against Apple's heavy hitter. 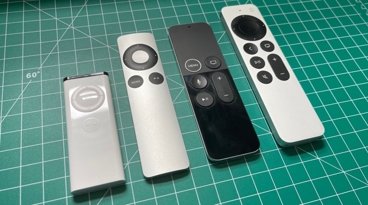 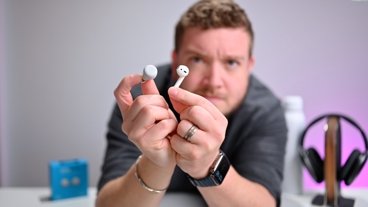 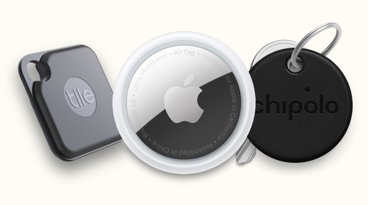 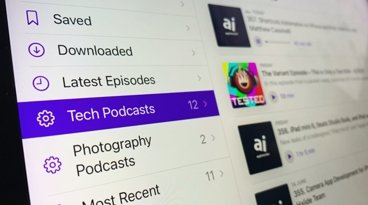 How to create your own podcast stations in the Podcasts app

Want to listen to all of your downloaded podcast episodes on your iPhone in one go, without needing to switch between them? Here's how to create a station in Podcasts that will play all of the new episodes of shows you select. 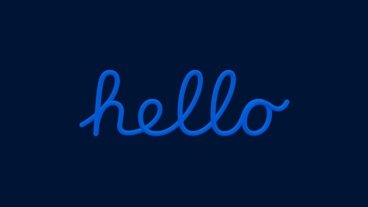 How to get the 'Hello' screensaver running on your Mac

Apple introduced its new "Hello" screensaver as part of macOS Big Sur to coincide with its 24-inch iMac lineup, but it's not immediately available to all Mac users. Here's how to make macOS use the screensaver. 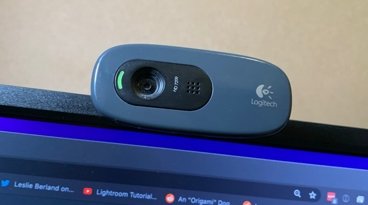 Reduce your reliance on your mouse by using your head, by enabling Head Pointer in macOS to move your cursor and click icons by shifting your skull from side to side. 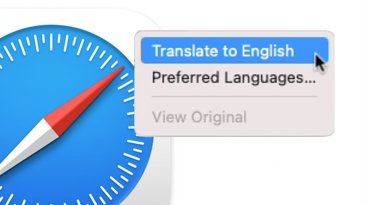 How to translate websites that won't in Apple Safari

Automatic language translation in Safari is superb, but it has a limited number of languages, and so does Apple's Translate app. Here's how to translate between more languages. 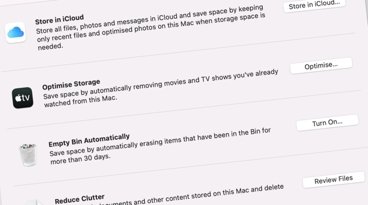 How to use Optimize Storage and clear space on your Mac

Feeling the pinch of your Mac's storage? Free up some of that capacity by taking advantage of the Optimize Storage tools built into macOS.